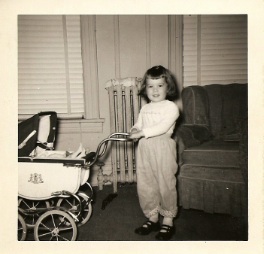 Most mediums have been connecting with spirits since they were very young, and in that respect, I’m no different. However, what is different is that my early experiences weren’t with friendly ancestors or gentle beings.

Instead, they were with faceless entities that terrified me.

My parents, who did everything they could to comfort me, assumed they were nightmares. When I was little, I spent many nights sleeping in my parents’ bed, and when I was older, my mother frequently had to sit next to my bed until I fell asleep.

Thanks to a supersized nightlight (okay, it was a lamp), I was eventually able to fall asleep by myself, and over time the lamp was switched out for a regular nightlight.

Although they became far less frequent, I continued to experience these visits well into adulthood. Terrified after each encounter, I wanted nothing to do with the spirit world and spent most of my life denying the possibility that I was a medium.

My soul of course knew otherwise, which is why in spite of my fear of the spirit world, I was fascinated by the psychic one. While my friends would be gushing over teenage heart throbs in fan magazines, I was scouring the library for books about ESP, clairvoyance and divination. As long as it didn’t involve the spirit world, the psychic arts didn’t frighten me.

When I was 16, I read Sun Signs by Linda Goodman and immediately took to the language of the stars. As I taught myself how to analyze natal charts and interpret planetary transits, there were times when it didn’t feel like learning. It felt like remembering. Although I didn’t realize it at the time, the reason why it came so easily to me is that my soul spent many previous lifetimes mastering it.

I practiced professionally in my 30’s but put it aside when I went to law school. When the 2008 market crash left me (and countless other attorneys) unemployed and overqualified for other positions. I was a single mother without any job prospects, but I wasn’t without other proven skills. I built a website, started a radio show and became a full-time astrologer.

As I provided clients with uncanny details about their past and present circumstances and established a strong record for accurate predictions, I earned a reputation for being an expert in natal and predictive astrology. Although clients and psychics alike insisted I was psychic, I resisted the label. However, once I opened up to it, my life took a surprising turn.

As a result of a series of unexpected events in 2009, I found myself in Santa Monica, California at a weekend Mediumship Workshop led by Lisa Williams, the international psychic-medium who had starred in the television series, Life Among the Dead. I was actually excited to be there, because by this point I had experienced a number of happy visitation dreams and on several occasions saw the spirits of my deceased pets. However, I still had some frightening experiences and went there hoping to learn how to put an end to them.

I was in the right place at the right time, because the first night I had a terrifying experience that I shared with Lisa the next day. I left the workshop comfortable with the idea that I was intuitive and soon experienced a dramatic change in my relationship with the spirit world.

In 2010, I attended Lisa’s Intensive Mediumship Workshop in Dallas, Texas. It pushed me well beyond my comfort zone, and to my genuine surprise, I did quite well.

However, instead of feeling excited about it, I felt nauseous as my old fears seemed to suddenly return. By the time my plane landed in New York, I had closed the door on mediumship.

I thought I was finished with mediumship, but it wasn’t finished with me. Spirit had other plans, and if I wasn’t going to follow the path, then the path was going to come to me. In 2011, a number of psychic mediums were coming to me for astrology readings, others entered my life as colleagues and friends. If that wasn’t enough, I crossed paths with Lisa Williams again when she appeared on my radio show to promote her new book, Survival of the Soul.

Spirit was clearly sending me a message, and when I chose to ignore it, it took a more direct approach.

In 2012, the late spiritual medium Allie Cheslick insisted on giving me a reading as a thank you for having her as a guest on my radio show. It was the only reading I ever had with her, and after bringing forward details about two of my most frightening youthful experiences, Allie told me in no uncertain terms that one day I would be doing the same work that she did. I thought she was out of her mind and was thankful it was a phone reading so she couldn’t see me rolling my eyes.

With that said, you can imagine my surprise in 2013 when I started to spontaneously receive messages from the other side for a friend. That I had resisted developing this ability didn’t matter. In the following months I saw angels, heard voices and was awakened by spirits. It was time for my gifts to blossom, and this time none of it was frightening.

I was finally at ease with the spirit world. And then my mother unexpectedly made her transition. Blocked by my grief, the spirit world turned completely silent. When my sadness lifted, so did the veil.

This time I surrendered to it.

Unsure of my direction, I decided to turn it over to the universe. If I was meant to walk a new path, then I had to trust that Spirit would lead the way. 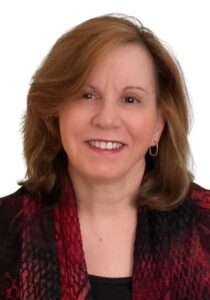 The very next day, a new astrology client asked me if I could connect with her deceased father. In 25 years of practice, I have never had a client make such a request. I knew this had to be happening for a reason, so instead of saying “No,” I said “Let’s see.” Then I took a deep breath, invited her father in and shared everything he gave me.

When it was over, my client knew her father’s spirit was watching over her.

And I knew I was a medium.

Having a gift is one thing, but making it your life’s work is another. I needed a teacher, so I enrolled in a private one-to-one mentorship program with Lisa Williams. By the time the program ended, I was working as a medium and loving every minute of it.

I continued to study with Lisa Williams, as well as one of her Master Teachers Heidi Jaffe, and in 2018, I was tested and was certified as a psychic-medium.

As a psychic medium, I am blessed by every client, honored by every spirit and thankful for every opportunity to deliver messages that provide comfort, healing and peace to those who need it.

Most of all, I am privileged to serve Spirit by bringing forward evidence from beyond the veil that clearly demonstrates the unbreakable, indestructible and eternal nature of the soul.